Some Interesting Facts About Jamaica

There are a lot of interesting facts about Jamaica that I am sure you had no idea about as well as some that you might have known.

Whichever way it is, I will be sharing as much as I can with you and I would love to know if you knew any of them already or not.

Let me start with the most obvious of them all. Jamaica is located in the Greater Antilles group of the Caribbean with other islands such as Cuba, Hispaniola (made up of the Dominican Republic and Haiti), and Puerto Rico. I am sure you already knew that, right?

It is known to be the third largest island in the Caribbean because Hispaniola is considered one island. However, if you should count them separately, we would be the fourth largest with an approximated size of 10,991 square kilometres or 4,240 square miles.

Jamaica is about 90 miles (145 kilometres) south of Cuba and 119 miles (191 kilometres) west of Hispaniola. Geographically it is located between latitudes 17º and 19º North and longitudes 76º and 79º West. Well I am thinking that you did not know that piece of fact. 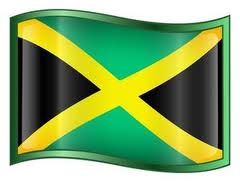 Continuing with some more facts about Jamaica...

We have the largest natural harbour in the world known as the Kingston Harbour. This harbour is approximately 16 kilometres or 9.9 miles long and 3.2 kilometres or 2.0 miles wide. It has the capabilities of accommodating even large ships close to the shore.

The Island was first named "Xaymaca" (meaning "Land of Wood and Water" or "Land of Springs") by the indigenous Tainos. It was known as "Santiago" after the Spanish possession and then named "Jamaica" after it became an English colony in 1655. Today it is also called the Commonwealth of Jamaica.

Facts About The Parishes

These fourteen parishes are grouped into three counties, Cornwall, Middlesex, and Surrey. Note however that these counties have no administrative relevance to the island. The counties were established in 1758 to facilitate the holding of courts of the British County court system.

You can get a more detailed explanation of the parishes and their respective sizes at the Jamaican parishes info page.

According to the 2001 census, Jamaica's population is mostly of African descent. However, we have immigrants from China, Haiti, Colombia, Cuba and some Latin American countries. There are approximately 20,000 Latin Americans and 7,000 Americans currently residing here. We also have some first generation Canadians and British descendants.

The official language spoken here is English, though we primarily speak the Creole language, which is an English-African language. This language we call the Jamaican Patois, pronounced "patwa." Jamaican Patois has become a worldwide recognized language through our reggae music.

A bit of Jamaican facts about religion...

Christianity is the largest practiced religion in Jamaica. This religion is broken up into smaller denominations. I have listed them in order of size (largest to smallest) according to the 2001 census.

If I should continue to break down the respective areas and expound on them here then I would have a REALLY long web page and I am sure it would be too exhaustive. So I will do you a favour and spare you the details and let you read the rest of the information on facts about Jamaica at your leisure. These other pages will include information about:

Feel free to contact me with any questions or queries as it relates to facts about Jamaica. You can also share your knowledge about any topic of your choice on Jamaica and its history.

Top of Facts About Jamaica