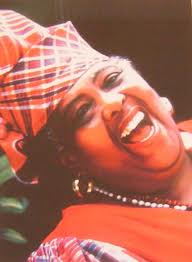 Mrs. Louise Bennett Coverley, popularly known as Miss Lou, is dubbed Jamaica's First Lady of Comedy. She was born on September 7, 1919 and lived a full life then died on July 26, 2006.

Miss Lou was a Jamaican poet and activist. From Kingston, Jamaica Louise Bennett remains a household name in Jamaica, a "Living Legend" and a cultural icon. She received her education from Ebenezer and Calabar Elementary Schools, St. Simon’s College, Excelsior College, and Friends College (Highgate).

Although she lived in Toronto, Canada for the last decade of her life, she still receives the homage of the expatriate West Indian community in the north as well as a large Canadian following.

She was described as Jamaica's leading comedienne, as the "only poet who has really hit the truth about her society through its own language", and as an important contributor to her country of "valid social documents reflecting the way Jamaicans think and feel and live.”

Through her poems in Jamaican patois, she raised the dialect of the Jamaican folk to an art level which is acceptable to and appreciated by all in and out of Jamaica. 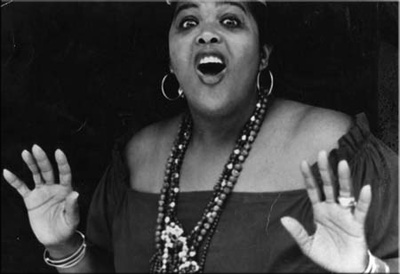 In her poems she was able to capture all the spontaneity of the expression of Jamaicans' joys and sorrows, their ready, poignant and even wicked wit, their religion and their philosophy of life. Her first dialect poem was written when she was fourteen years old. A British Council Scholarship took her to the Royal Academy of Dramatic Art where she studied in the late 1940’s.

Louise Bennett Coverley not only had a scholarship to attend the academy but she auditioned and won a scholarship. After graduation she worked with repertory companies in Coventry, Huddersfield and Amersham as well as in intimate revues all over England.

On her return to Jamaica she taught drama to youth and adult groups both in social welfare agencies and for the University of the West Indies Extra Mural Department.

She lectured extensively in the United States and the United Kingdom on Jamaican folklore and music and represented Jamaica all over the world. She married Eric Winston Coverley in 1954 (who died in 2002) and has one stepson and several adopted children. She enjoys Theatre, Movies and Auction sales.

Her contribution to Jamaican cultural life was such that she was honored with the M.B.E., the Norman Manley Award for Excellence (in the field of Arts), the Order of Jamaica (1974) the Institute of Jamaica's Musgrave Silver and Gold Medals for distinguished eminence in the field of Arts and Culture, and in 1983 the Honorary Degree of Doctor of Letters from the University of the West Indies. 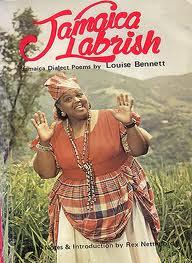 In September 1988 her composition "You're going home now", won a nomination from the Academy of Canadian Cinema ad Television, for the best original song in the movie "Milk and Honey."

In 1998 she received the Honorary Degree of Doctor of Letters from York University, Toronto, Canada. The Jamaica Government also appointed her Cultural Ambassador at Large for Jamaica.

On Jamaica’s independence day 2001, Louise Bennett-Coverley was appointed as a Member of the Order of Merit for her distinguished contribution to the development of the Arts and Culture.

So Louise Bennett Coverley's passion for comedy, art, and education lead her to the world spreading the Jamaican culture and dialect.

Here are some examples of her work. Check out these Miss Lou Poems.