Getting To Jamaica -
By Air or Sea

Getting to Jamaica is as easy as finding a booking agency and choosing your preferred arrival airport. :-) Well it is a bit more more than that, however, that is the basic summary.

Let me break it down for you somewhat...

... Where exactly are you from? Africa, Antarctica, Aisa, Australia, Europe, North America or South America? (Notice I basically covered the seven continents? :-) ) If you answered yes to any of those locations, it doesn't really matter because there are means and ways to getting FROM your destination TO cool, breezy, island tropics - Jamaica!!!

Jamaica gets an increasing number of visitors annually, and I am happy to say the infrastructure, such as airports, ports, flights, etc, to support this increasing trend is also improving.

There are ONLY two methods of getting to Jamaica from ANYWHERE in the world...

Most visitors and returning residents get to Jamaica by air though, that is via an aircraft/airplane. This is the quickest and easiest type of travel method these days to get in and out of any country.

Let me start by giving you a brief synopsis of...

Getting To Jamaica By Air 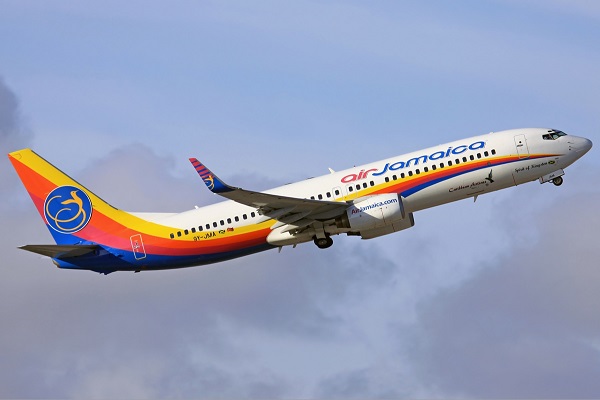 In recent times, both airports have gone through a series of major upgrades and even during the upgrades, NO flight schedule or other daily operations has ever been interrupted.

For a relatively small island, the airports have the capacity to host jets from all over the world including the massive aircrafts from Germany, Spain, Italy, the surrounding Caribbean islands and the North Americas, of course.

For whatever reason or the other, the United States of America is the MOST popular country in the world and because of its close proximity to Jamaica we get majority of our visitors from there. This is not including those visitors that has to "pass through" the US to get here on a connected flight. I am referring to the US nationals.

Using Miami as an example, it takes approximately One hour and 15 minutes (1 and 1/4 hours) to get to Jamaica from there. This timeline, along with the prices (which are more competitive) makes it the number one hub of choice to getting to Jamaica by air.

Air Jamaica was our National airline and is the choice of many of our visitors, however, other airlines (such as American Airline) offer a host of other routes and daily flights to and from here.

Air Jamaica is however no longer Jamaica's National Airline because due to financial constraints it was sold on May 27, 2011.

Continuing on the airports - after arriving at any of the two International Airports in Jamaica, visitors can then jet off to other smaller airports across the island via smaller carriers.

Now here is the breakdown of...

Getting to Jamaica By Sea 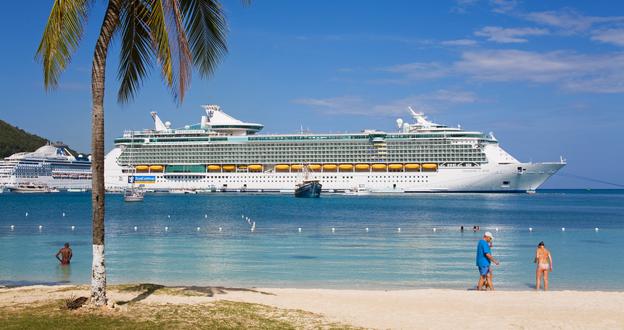 Getting to and from Jamaica by sea has been around for far longer than most people can even remember, or even for some people to even know about.

From small luxury ships in the Port Antonio area to the mega cruise liners in Montego Bay and Ocho Rios, the cruise ship passengers that docks here in

Visitors to Jamaica has praised our Ports as amongst some the best in the WORLD!!

This celebration and recognition of the mere visitors to our island paradise was confirmed by the World's Travel Awards that named Jamaica as the WORLD leading Cruise Destination. This is despite not recognizing or accounting for the vast increase in cruise ship visitor arrivals to the island.

Most people that get here by sea does not always have a long stay, but being that we boast some of the best ports in the world, visitors have more than what to explore here once they step off those liners.

Sailors and captains that love to travel solo also has the privilege of entering through some of the larger ports, which can lead to them getting clearance to even further sail around the island for as long as they desire.

A number of world-famous cruise ships come to and dock in Jamaica. These include the Carnival Line, Princess Cruises, The Royal Caribbean Line, The Norwegian Cruise Line, and Celebrity Cruises - just to name a few.

Now that we have explored the TWO methods of getting to Jamaica, whichever method you use to get here, just ensure that you have a GREAT time during your stay on the island.

Find out how you can get around Jamaica after you have arrived here!!

Top of Getting To Jamaica

Go To Getting Around Jamaica