St Thomas Jamaica was named after Thomas Hickman (Lord Windsor), Governor of Jamaica in 1662. The parish was Originally called St. Thomas-in-the-East, the modern-day parish of St. Thomas was enlarged in 1867, to include the former parish of St. David.

This parish is known as Jamaica's ninth largest parish boasting a size of approximately 743 square km and with a population of approximately 91,604 as of 2001. This parish is located in the county of Surrey with bordering parishes of Portland and St. Andrew. Some of the major towns in St. Thomas are Port Morant, Yallahs, Bath, Seaforth and Golden Grove.

St. Thomas was one of the earliest areas settled in the island, and at the time of Columbus’ arrival, the parish was densely populated by the Taino people. The first Spanish settlers in St Thomas Jamaica established cattle ranches at “Morante” (today called Morant Bay) and Yallahs. After the English conquest in 1655, residents of other colonies were invited to settle in Jamaica. Only the people of Nevis responded positively to this invitation and in 1656, 1600 colonists settled in Morant Bay. Unfortunately, two-thirds of the settlers died of various fevers. In later years, bands of Maroons settled in the St. Thomas mountains and eventually joined with those in Portland forming the “Windward Maroons”.

The history of St. Thomas is most popularly associated, however, with the events of the year 1865. Local leaders in the parish, Edward Jordan and George William Gordon, had been attempting to improve the poor conditions of the newly emancipated slaves. Their efforts, however, were repeatedly blocked by the white plantocracy, under the governorship of William Eyre. 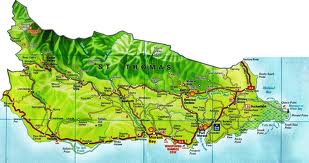 Paul Bogle, a local Baptist deacon from Stony Gut, led a group to the then capital, Spanish Town, petitioning for an improvement in the people’s conditions. They had to trudge over forty miles back to Stony Gut, however, as no official would see them.

An infuriated Bogle began to train his followers in the use of arms, and several disturbances occurred, leading to the issuing of a warrant for his arrest. A riot in front of the courthouse on June 11, 1865, which resulted in the killing of seven mob members as well as the Custos, has come to be called the Morant Bay Rebellion.

Martial law was declared, and the warship, the “Wolverine”, dispatched to Morant Bay from Kingston. George William Gordon, who had not taken part in the uprisings, was illegally taken aboard the warship. After being tried and sentenced to death, he was hanged in front of the courthouse. Paul Bogle was also hanged on this day, and both bodies thrown into a pit behind the building.

The Morant Bay Rebellion led to a week of killings under the guise of martial law. In time, the Legislature surrendered the Constitution of the island, allowing Jamaica to be brought under Crown Colony government. As a result of his excessive brutality in the Morant Bay Rebellion, Governor Eyre was relieved of his post and recalled to England. There he was tried, convicted and dismissed from the Service. A striking statue of Paul Bogle stands today before the Morant Bay Courthouse. 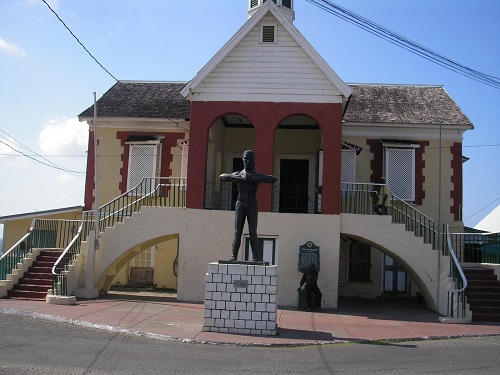 Scene of the 1865 riot, this courthouse was burnt during the violence that occurred. It was rebuilt some time afterwards. Leader of the rioters, National Hero, Paul Bogle was buried behind the courthouse in a shallow grave. 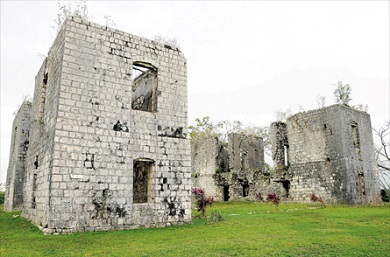 Stokes Hall and nearby Stokesfield mark the area where Major Luke Stokes, the then Governor of Nevis, brought his family and over 1,600 colonists to Jamaica during the early days of colonization. Fevers and related illnesses killed many of the colonists, including Major Stokes and his wife, but his children survived and eventually established these two outstanding houses. The ruins of the Great House are possibly the oldest existing structural foundations in the island. 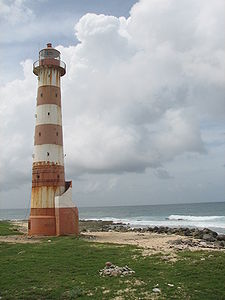 This 100 foot high structure was built in 1841 by Krus, part of the contingent of 11,400 free Africans brought to Jamaica after emancipation. Many of these Africans landed and settled in Morant Bay as well as the interior areas of St Thomas Jamaica, particularly along the Plantain Garden River Valley.

This area got its name from Captain Yallahs, a 1671 privateer who loved the area and visited frequently. It is also interesting to note that Yallahs was chosen as the site of the first Baptist church in Jamaica in 1822. The Rev. Joshua Tinson’s attempt to start the Baptist church was thwarted however, but he returned in 1828 and succeeded in establishing both a church and school.

This place of interest was established in the year 1779 by the Government of Jamaica and are said to the second oldest in the Western Hemisphere. Many of the plants first brought to Jamaica were introduced here, including the croton, the jacaranda, cinnamon, mango, jackfruit and breadfruit.

Bath Fountain was discovered by a runaway slave in the late 17th century. The Bath Fountain, popularly known as "Mineral Spring", was acquired and developed by the government of Jamaica in the year 1699. The water is drawn from both hot and cold springs, and its high mineral content, which are sulphur and lime,  is said to be effective in the treatment of skin diseases, gout and rheumatism.

St Thomas Jamaica is one of Jamaica's fast-growing parishes and it has a lot to offer in both historical data as well as new and improved additions.

Take a visit and see for yourself how much there is to be done in St. Thomas Jamaica.