Westmoreland Jamaica is the westernmost parish on the island. It is located on the south side of Jamaica and is situated to the south of Hanover, the southwest of St.James, and the northwest of St. Elizabeth.

It is found in the county of Cornwall.

The parish is said to be made up a large percentage of ethnic East Indians who are descendants of indentured labourers who came to Jamaica from India to work AFTER Britain abolished slavery in 1833. Many of them intermarried with persons of African descent and the multi-racial outcomes are now popularly known locally as "HALF-INDIANS".

The capital of Westmoreland is Savanna-la-Mar, most commonly called, sav-la-mar. For the geographically inclined readers, it is said to be located at Latitude 18°14'N and Longitude 78°09'W.

The History of Westmoreland Jamaica 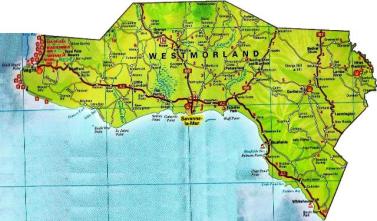 Westmoreland, an outgrowth of St. Elizabeth, was created in 1703 and it is felt that the parish was so named because of its location. The present capital, Savanna-La-Mar, ‘the plain by the sea’, was founded in 1730, after Queens Town, presently called Bambury, was dethroned. Savanna-La-Mar’s development has been one tainted with many disasters. In 1748, just 18 years after the town was founded, Savanna-La-Mar was destroyed by a hurricane. By 1790, tidal waves in conjunction with a hurricane, once again destroyed the town. The defiant spirit of the people of Savanna-La-Mar made them rebuild the town.

In 1912, a hurricane struck once more and caused severe damage. More recently, the flood rains of June 12, 1979 caused major damage. But, in all instances the town recovered, and today it is a centre of commercial activity along the south coast.

Present day Bluefields, a sea coast town, is believed to have been the site of the township of Oristan, one of the three major towns established by the Spanish soon after their arrival in Jamaica, possibly as early as 1519. Originally spelt Blewfields, it is felt that the town was named after a Dutch seaman, Abraham Blauvelt, who sailed the waters around this area more than 300 years ago. 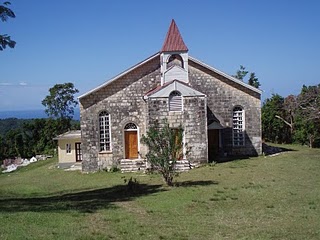 Bluefields was also the temporary home of Philip Henry Gosse, the renowned naturalist, who, on an 18-month sojourn, collected rare plants and animals – mainly insects, birds, shells and orchids – dealers in Canada, his home. He went on to publish Birds of Jamaica in 1847 and in 1851 A Naturalist’s Sojourn in Jamaica.”

The sugar factory at Frome in 1938, played a major role in the struggles towards self-government in Jamaica. It was here in a strike at the West Indies Sugar Company’s (WISCO) estate that the security forces were called in to quell the unrest over poor working conditions and wages. This triggered similar strikes in Kingston and other sections of the island and it eventually led to the arrest and imprisonment of Alexander Bustamante. He was later to become leader of the emerging labour movement in Jamaica, leader of the Bustamante industrial trade Union and the Jamaica Labour Party. He would lead Jamaica into Independence and would be the first and only Jamaican to be conferred the honour of National Hero during his lifetime.

Some Places in Westmoreland Jamaica 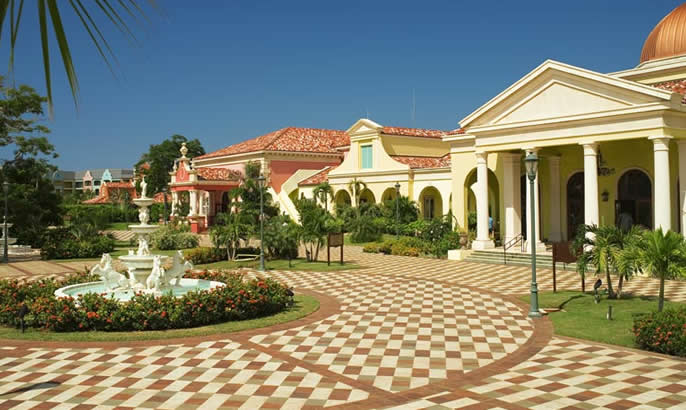 Present day Grange Hill was once known as Morgan’s Bridge as the property was owned at one time by Sir Henry Morgan, the buccaneer who became Lieutenant-Governor of Jamaica between 1674 and 1675.

Seaford town was a property of 5,000 acres (2020hectares) in the Montpelier Mountains, donated by the Governor of Barbados, Lord Seaford, for the settlement of German immigrants in Jamaica.

Westmoreland Jamaica is most popularly known for its tourist town of Negril, however, there is much more to Westmoreland than just Negril. Be sure to explore more when you next visit the parish.