St Catherine Jamaica is the island's second largest parish with an area of approximately 1,192 square km.

It is bordered by the parishes of St. Andrew, St. Mary, St. Ann and Manchester.

The capital of St. Catherine is Spanish Town, originally known as San Jago de la Vega or Santiago de la Vega. This was Jamaica's FIRST capital. The parish is located in the Middlesex County.

There are some popular towns found in this parish that are mentionable. These towns are Portmore, Old Harbour, Ewarton and Linstead. There are much more towns in the parish but these are the more popular ones.

When the first Spanish colonists arrived in 1510 to establish “Sevilla Nueva” (New Seville) in St. Ann as the capital of Jamaica, the area was found to be swampy and unhealthy. A search party was formed to find a more suitable area for settlement and in time, the new capital “Santiago (or St. Jago) de la Vega was established and in 1534, the parish of St. Catherine was formed. The parish was named for Queen Catherine of Portugal, wife to Charles II of England.

After conquering the Spanish in 1655, the British renamed Santiago de la Vega “Spanish Town”. It continued as the capital and eventually the home for the British Governor of the island. The first King’s House (the official residence of the Governor) was also built there. Many distinguished visitors were welcomed, including Admiral Rodney, Horatio Nelson and William Bligh (who brought several plants including the first breadfruit plant to the island). The town gradually became the island’s administrative centre -housing the Parish Council, the House of Assembly and the Supreme Court.

After the Morant Bay Rebellion of 1865, Governor Sir John Peter Grant ordered the removal of the capital to Kingston which, with its spectacular harbour and major trade links had come to be considered “the natural capital of the island”. The formal transfer of the capital was effected in 1872. In 1867, when the number of parishes was reduced from twenty-two to fourteen, the boundaries of St Catherine Jamaica were expanded to incorporate the former parishes of St. Dorothy, St. John and St. Thomas-in-the-Vale.

Once mainly rural, St Catherine Jamaica now contains the fastest growing urban areas in Jamaica, with the recent development of residential communities in the Hellshire Hills linked to both Kingston and Spanish Town. The new development of Greater Portmore grew from 5,100 in 1970 to 93,799 in 1991 and in Spanish Town, during the same period, the population of Spanish Town increased from 39,204 to 110,379.

Established on April 17, 1684, it became the most important posting house in the island and was very popular with the wealthy. The Inn is still used as a place for refreshment and recreation with opportunities for rafting on the Ferry River.

First known as “The Passage” (the point of Spanish embarkation from St. Jago de la Vega – Spanish Town), this fort was used by Captain William Jackson and Sir Anthony Shirley, Englishmen from Barbados and St. Kitts respectively, who landed here in 1642 and went on to plunder Spanish Town.

Another major historical event connected with this fort was the 1655 landing of Admiral Penn and General Venables. Having failed to capture Haiti (Santo Domingo), the English expedition came to Jamaica, attacking Passage Fort with some 36 ships, troops numbering 7,000 and a sizable regiment. After the initial advance, the Spaniards deserted the fort, fleeing from the advancing English invaders. A few days later, the Spaniards surrendered, relinquishing their 161 year hold on the island.

Named after Colonel John Henderson of the 18th century British militia, this fishing village once had a health resort near its mineral spring. It is part of a wider area now known as the “Hellshire (Healthshire) Hills”. Port Henderson was built as a rival to Passage Fort, and is said to have provided better accommodation for ships. Near the end of the 19th century, a temporary Marine/Zoology laboratory was operated here by students of the John Hopkins University (Baltimore, Maryland).

Port Henderson is the site of several historic buildings which have been restored and preserved as national monuments including “Rodney’s Lookout” an old signaling station on the west of Port Henderson, named after Admiral George Rodney who was once commander-in-chief of the Jamaican naval station. There are also a number of Taino sites.

Jamaica's emancipation Square can be found in Spanish Town and it is the ONLY Georgian square in Jamaica. It is the home of some great tourist sites and important places. Here are some of the places found in "the square" of St Catherine Jamaica.

Home to the Governors of Jamaica for some 100 years, King’s House, on the west of the square, occasionally housed the Council Chamber, and welcomed many distinguished visitors in its day. Burnt down in 1925, old King’s House has been partially restored and is now the home of the ‘Folk Museum’ which was established in 1961. 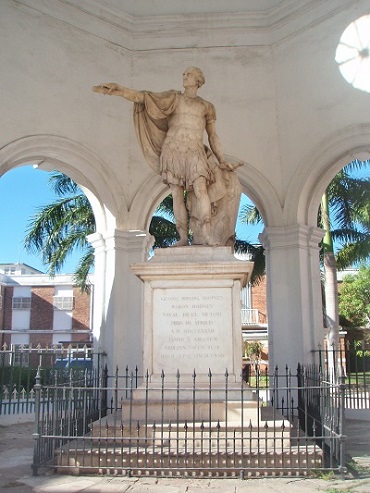 Located at the northern side of the Spanish Town Square, this memorial contains a statue, crafted by John Bacon, of the famed British Admiral, Lord Rodney. It commemorates his victory over the French at the “Battle of the Saints” on April 12, 1782, off the coast of Jamaica. 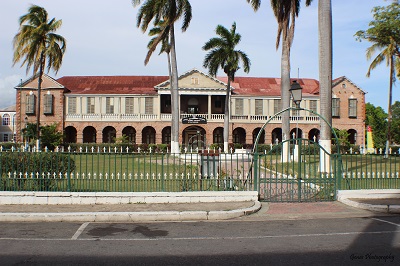 3. The Old House of Assembly

Opposite the Old King’s House is the red-brick building which was the House of Assembly until 1872 when Jamaica’s capital was transferred to Kingston. The Supreme Court was also housed here, as well as the offices of the Island Secretary, Provost Marshal, the Register in Chancery and the Clerks of Crown and Court.

Built in about 1525 on the site of the Spanish chapel of the Red Cross, this cathedral stands today as the oldest ecclesiastical structure in the British Empire (outside of the United Kingdom). 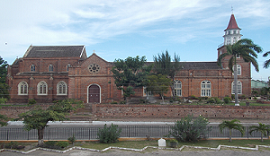 When the British conquered the Spanish in 1655, the English destroyed the existing cathedral, and built in its stead an Anglican church which was demolished by an earthquake in 1712, and rebuilt in 1714. In 1843, the church was named the Cathedral of the Anglican Diocese, in honour of the patron saint – St. James.

This cathedral is built in the form of a cross. The aisles are dotted with the tombstones of many notables in Jamaican history. Situated near to the House of Assembly and the Old King’s House, the St. James Church contains the earliest existing Anglican records some of which date back to 1668.

St Catherine Jamaica has a lot of history and is said to be one of the island's parishes that shows the most potential for urban development. With the good water resources, flat landscape and nearness to the capital city, St. Catherine could possibly be one of the Caribbean's major urban areas in the next few years.