He was a really brilliant scholar and athlete, an excellent horseman, a soldier in the First World War and a lawyer.

Manley was enlisted in the British Army in 1914 and served in an Artillery Regiment (meaning he was a great marksman) gaining a Military Medal.

Norman identified himself with the cause of the workers at the time of the labour troubles of 1938 and donated time and advocacy to the cause.

To describe his personality it could be safely said that he was physically attractive with athletic build, dignified bearing, sharp features and piercing eyes. He was acknowledged as a profound thinker, articulate spokesman, brilliant advocate, and skilful negotiator.

Manley was also widely acknowledged for his impeccable integrity and statesman-like conduct. He has been described as a man of many parts and many accomplishments. 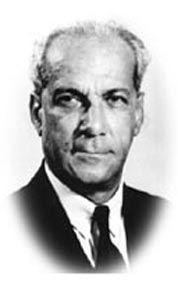 Norman Manley's education background includes studying at Jamaica College, and overseas at Jesus College, Oxford, England. He was a Rhodes Scholar, he distinguished himself at Oxford and was called to the Bar at Gray’s Inn in 1921. There, he gained the Certificate of Honour in the Bar Finals and copped the Lee Prizeman Award.

Manley founded the People's National Party (PNP) in September of 1938 and he was elected its President annually until he retired on his birthday, due to illness, on July 4, 1969, which was 31 years later.

He is Jamaica's FIRST AND ONLY PREMIER serving between the period of July 1959 and July 1962. We call him a premier because his leadership was before we gained independence in August 1962. However, we still acknowledge him as being one of Jamaica's Prime Ministers.

His legacy include sharing with his cousin, Sir Alexander Bustamante, the honour of being one of the two ‘Founding Fathers’ of Jamaica’s Independence, attained peacefully on August 6, 1962.

Manley and the PNP supported the trade union movement, which was then led by Sir Alexander Bustamante, while leading the demand for Universal Adult Suffrage. When Suffrage came, Manley had to wait ten years and two terms before his party was elected to office.

He was a strong advocate of the Federation of the West Indies, established in 1958, but when Sir Alexander Bustamante declared that the opposition, Jamaica Labour Party (JLP), would take Jamaica out of the Federation, Norman Manley, already renowned for his integrity and commitment to democracy, called a Referendum, unprecedented in Jamaica, to let the people decide.

Manley, in his last public address to an annual conference of the PNP, said:

"I say that the mission of my generation was to win self-government for Jamaica, to win political power which is the final power for the black masses of my country from which I spring. I am proud to stand here today and say to you who fought that fight with me, say it with gladness and pride, mission accomplished for my generation."

"And what is the mission of this generation? ... It is... reconstructing the social and economic society and life of Jamaica".

Norman Manley lived a full life and died on September 2. 1969 at the age of 76. He was named a National Hero of Jamaica later that same year.

Upon being named a national hero his title would now read: