The 2014 staging of the ISSA/Grace Kennedy Boys and Girls' Athletic Championships is set to be just as great as its previous years with even more records being broken to show the growth in our high school athletes in their respective classes.

To cement such a bold statement, ONE record has already been broken by Calabar's Christopher Taylor, who broke the FIRST record of the championships in Heat 1 of the class 3 boys 400m. He erased the previous record of 49.13 held by Kingston College's Nathaniel Bann with his time of 48.72.

The best of the best is crowned after the event comes to a close on the final day, which is usually a Saturday. In this case it will be on Saturday March 29, 2014.

The 2014 ISSA/Grace Kennedy Boys and Girls Athletic Championships got underway on Tuesday March 25 at approximately 2:00pm with the first event being the open round of the boys javelin throw and ended at 7:20pm with the open boys Prelims for the steeple chase.

Two events that are set to provide some of the main highlights of the championships are the sprint hurdles and the 400m dashes (of which a record is already broken as mentioned above). These too will be a part of the opening day's scheduled events. 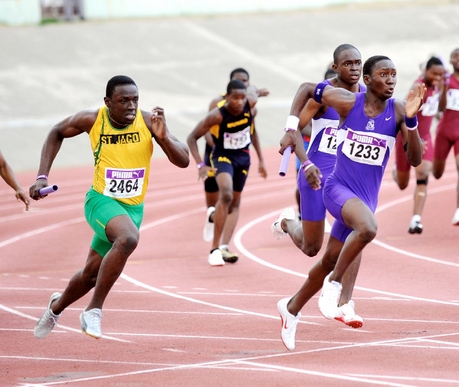 Champs will be over a five (5) day period and DAY 1 has already been completed and DAY 2 seeks to be as much fun as the first day.

There are six finals expected on the schedule for DAY 2. These consists of three for the girls and three for the boys. This marks the start of the hunt for top teams and title favourites to start their hunt for points.

Some of the early preliminaries on the track are the qualifying rounds of the 200m, the 800m and exciting 4x100m relays.

There will be a whole host of live streaming provided by SportsMax. This will however be starting on Day 2, Wednesday March 26.

Now see the detailed schedule for the events that will be happening on Day 2 of the ISSA Boys and Girls Athletic Championships... 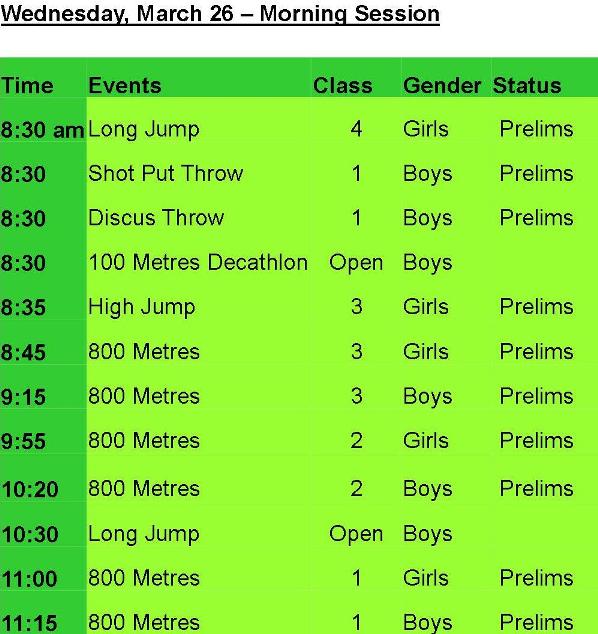 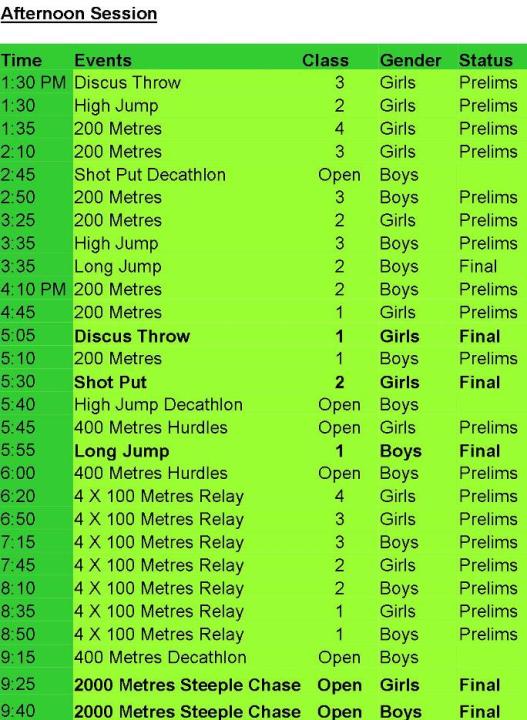 Print or write out the list of events from this 2014 Boys and Girls Champs Day 2 Schedule and keep it on hand so you don't miss a beat as the day progress!!!

Results are tabled quickly and can be found online in many places. However, for fast and accurate results...

Go to ISSA SPORTS for Events Results in Real Time...

Just choose your events and see the results quickly.

See you on DAY 2 of the 2014 staging of the ISSA/Grace Kennedy Boys and Girls' Athletic Championships!!