Jamaican Mento Music -
Where it All Began 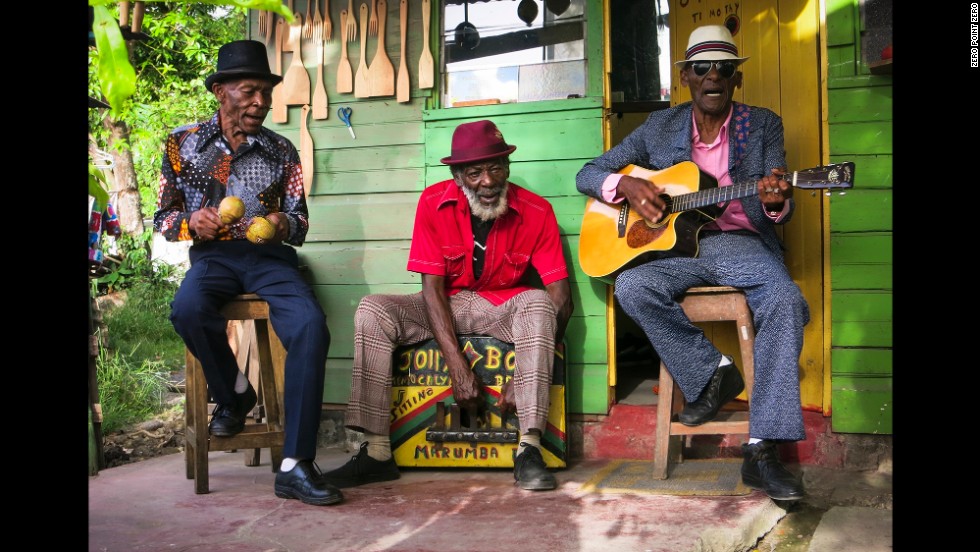 Jamaican Mento music originated in the 1950's. It is a style of Jamaican music that predates and has greatly influenced Ska and Reggae music. Mento typically features acoustic instruments, such as acoustic guitar, banjo, hand drums, and the Rhumba box (which is a large mbira in the shape of a box that can be sat on while played) which carries the bass part of the music. Lord Flea and Count Lasher are two of the more successful mento artists.

Mento is often times confused with calypso, which is a musical form from the islands of Trinidad and Tobago.

Although Mento and Calypso share many similarities, they are separate and distinct musical forms. However, Mento singers frequently used calypso songs and techniques. As in Calypso, mento uses topical lyrics with a humorous slant, commenting on poverty and other social issues.

Mento draws on musical traditions brought by West African slaves and also absorbed European musical traditions, creating a new form. Slaves who could play musical instruments were often required to play music for their masters and were often rewarded for such skills. The Africans created what is known as a creole music, which incorporated such elements of these traditions, including quadrille, into their own folk music.

The Jamaican mento music style has a long history of conflation with Trinidadian calypso. The lyrics of mento songs often deal with aspects of everyday life in a light-hearted and humorous way. Many of these songs comment on poverty, poor housing, and other social issues. Thinly veiled sexual references and innuendo are also commonly found in the lyrics. Although the treatment of such subjects in mento is comparatively innocent, their appearance has sometimes been seen as a precursor of the slackness found in modern dancehall. It became more popular in the late 1940s, with mento performances becoming a common aspect of dances, parties and other events in Jamaica.

Due, to some extent, to Belafonte's popularity, mento became widely conflated with calypso in the 1950s. In a 1957 interview for Calypso Star magazine, Lord Flea explained:

"In Jamaica, we call our music 'mento' until very recently. Today, 'calypso' is beginning to be used for all kinds of West Indian music. This is because it has become so commercialized there. Some people like to think of West Indians as carefree natives who work and sing and play and laugh their lives away. But this isn't so. Most of the people there are hard working folks, and many of them are smart business men. If the tourists want "calypso", that's what we sell them."

This was the golden age of mento, as records pressed by Stanley Motta, Ivan Chin, Ken Khouri and others brought the music to a new audience. In the 1960's it became overshadowed by the ever so popular ska and reggae. Jamaican Mento music is still played in Jamaica, especially in areas frequented by tourists. Lloyd Bradley, reggae historian and author of the seminal reggae book, Bass Culture, said that Lee "Scratch" Perry’s seminal 1976 dub album, Super Ape, contained some of the purest mento influences he knew. This style of music was revived in popularity by the Jolly Boys in the late 1980's and early 1990's with the release of four recordings on First Warning Records/Rykodisc and a tour that included the United States. Stanley Beckford and Gilzene and the Blue Light Mento Band also revived rural mento in the 2000's.

Following the root of the Jamaican music development, let us now turn our attention to that of the Ska era, which followed the Jamaican Mento Music era...