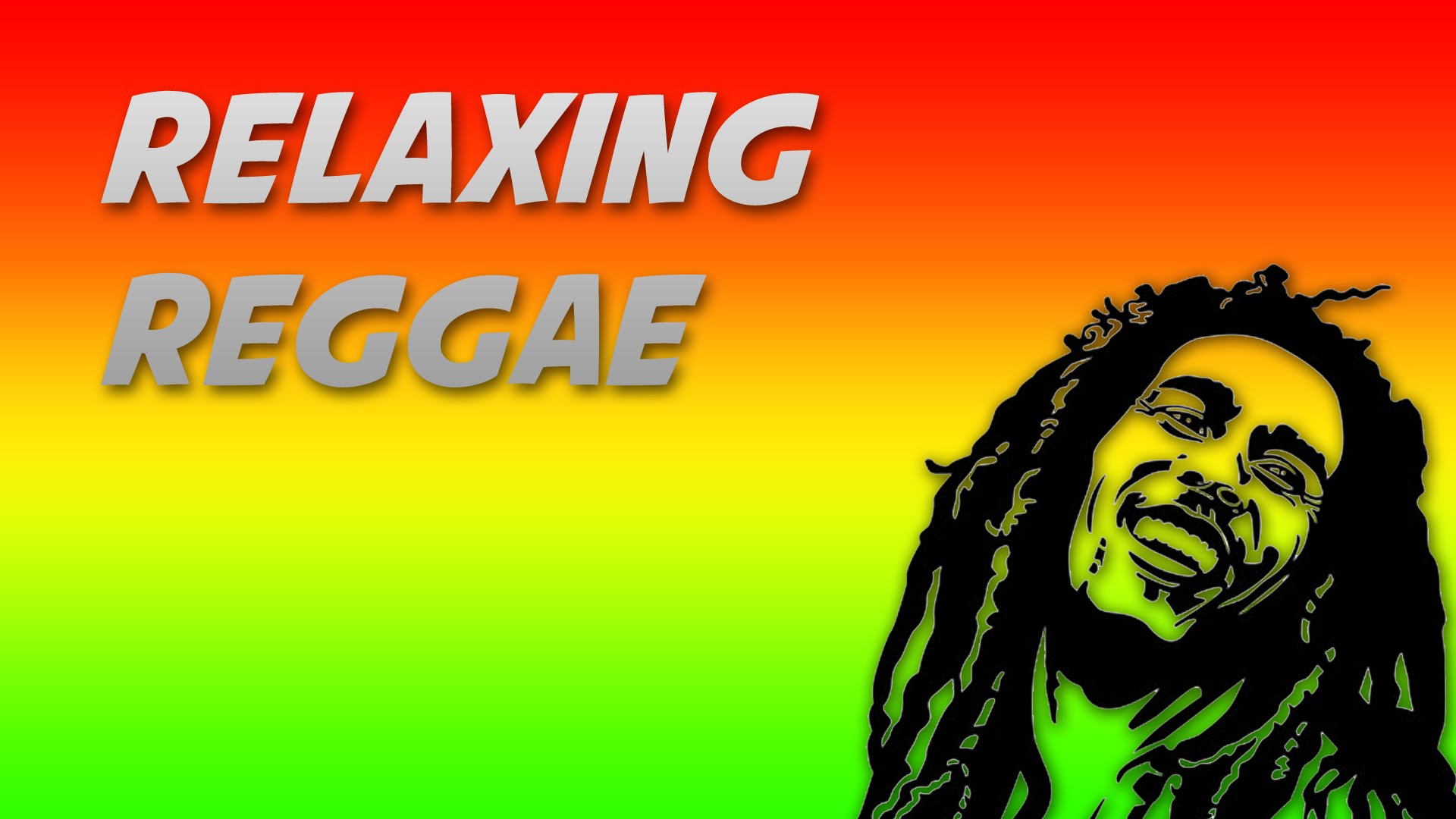 Jamaican Reggae Music originated in the 1970's giving credit to the genres that influenced its sound such as Mento, Ska and Rocksteady.

Reggae is a music genre first developed in Jamaica in the late 1960s. While sometimes used in a broad sense to refer to most types of popular Jamaican dance music, the term reggae more properly denotes a particular music style that evolved out of the earlier genres like Ska and Rocksteady..

Bob Marley is said to have claimed that the word reggae came from a Spanish term for "the king's music". The liner notes of To the King, a compilation of Christian gospel Reggae, suggest that the word reggae was derived from the Latin 'regi' meaning "to the king". The shift from Rocksteady to Reggae was illustrated by the organ shuffle pioneered by Jamaican musicians like Jackie Mittoo and Winston Wright and featured in transitional singles Say What You're Saying (1967) by Clancy Eccles and People Funny Boy (1968) by Lee "Scratch" Perry. The Pioneers' 1968 track Long Shot (Bus' Me Bet) has been identified as the earliest recorded example of the new rhythm sound that became known as Reggae.

Stylistically, Jamaican Reggae music incorporates some of the musical elements of rhythm and blues, jazz, mento (a celebratory, rural folk form that served its largely rural audience as dance music and an alternative to the hymns and adapted chanteys of local church singing), calypso, African music, as well as other genres. One of the most easily recognizable elements is offbeat rhythms; staccato chords played by a guitar or piano (or both) on the offbeats of the measure. The tempo of reggae is usually slower than ska and rocksteady. The concept of "call and response" can be found throughout reggae music.

The bass guitar often plays the dominant role in Jamaican Reggae music. The bass sound in reggae is thick and heavy, and equalized so the upper frequencies are removed and the lower frequencies emphasized. The guitar in reggae usually plays on the off beat of the rhythm. It is common for reggae to be sung in Jamaican Patois, Jamaican English, and Iyaric dialects. Reggae is noted for its tradition of social criticism and religion in its lyrics, although many reggae songs discuss lighter, more personal subjects, such as love and socializing.

Jamaican Reggae music has spread to many countries across the world, often incorporating local instruments and fusing with other genres. Reggae en Español spread from mainland South American Caribbean from Venezuela and Guyana to the rest of South America. Caribbean music in the United Kingdom, including reggae, has been popular since the late 1960's, and has evolved into several sub-genres and fusions. Many reggae artists began their careers in UK, and there have been a number of European artists and bands drawing their inspiration directly from Jamaica and the Caribbean community in Europe. Reggae in Africa was boosted by the visit of Bob Marley to Zimbabwe in 1980.

Although strongly influenced by traditional mento and calypso music, as well as American jazz and rhythm and blues, Jamaican Reggae music owes its direct origins to that of the Ska and Rocksteady of 1960's Jamaica. The Rastafari movement was a significant influence on reggae, with Rasta drummers like Count Ossie taking part in seminal recordings.

One of the predecessors of reggae drumming is the Nyabinghi rhythm, a style of ritual drumming performed as a communal meditative practice in the Rastafarian life.

Early 1968 was when the first bona fide Jamaican Reggae music records were released: "Nanny Goat" by Larry Marshall and "No More Heartaches" by The Beltones. That same year, the newest Jamaican sound began to spawn big-name imitators in other countries. American artist Johnny Nash's 1968 hit "Hold Me Tight" has been credited with first putting reggae in the American listener charts. Around the same time, reggae influences were starting to surface in rock and pop music, one example being 1968's "Ob-La-Di, Ob-La-Da" by The Beatles.

The Wailers, a band started by Bob Marley, Peter Tosh and Bunny Wailer in 1963, is perhaps the most recognized band that made the transition through all three stages of early Jamaican popular music: Ska, Rocksteady and Reggae. Over a dozen Wailers songs are based on or use a line from Jamaican mento songs. In 1951, recordings of mento music began to be released. These recordings showcased two styles of mento: an acoustic, rural style and a jazzy, popular style. Other significant reggae pioneers include Prince Buster, Desmond Dekker and Ken Boothe.

However, another pioneer was Millie Small (born 6 October 1946), a Jamaican singer-songwriter, best known for her 1964 blue-beat/ska cover version of "My Boy Lollipop" which was a smash hit internationally. 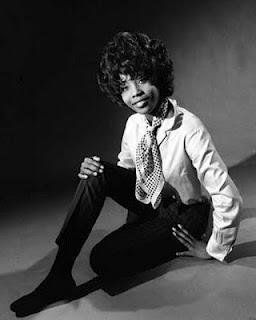 Notable Jamaican producers influential in the development of Ska into Rocksteady and reggae include: Coxsone Dodd, Lee "Scratch" Perry, Leslie Kong, Duke Reid, Joe Gibbs and King Tubby. Chris Blackwell, who founded Island Records in Jamaica in 1960, relocated to England in 1962, where he continued to promote Jamaican music. He formed a partnership with Lee Gopthal's Trojan Records in 1968, which released reggae in the UK until bought by Saga records in 1974.

Jamaican Reggae Music's influence bubbled to the top of the U.S. Billboard Hot 100 charts in late 1972. "First Three Dog Night" hit #1 in September with a cover of the Maytones' version of "Black and White". Then Johnny Nash was at #1 for four weeks in November with "I Can See Clearly Now". Paul Simon's single "Mother And Child Reunion", a track which he recorded in Kingston, Jamaica with Jimmy Cliff's backing group, was ranked by Billboard as the No. 57 song of 1972.

In 1973, the film The Harder They Come starring Jimmy Cliff was released and introduced Jamaican music to cinema audiences outside of Jamaica. Though the film achieved cult status its limited appeal meant that it had a smaller impact than Eric Clapton's 1974 cover of Bob Marley's "I Shot the Sheriff" which made it onto the playlists of mainstream rock and pop radio stations worldwide. Clapton's "I Shot The Sheriff" used modern rock production and recording techniques and faithfully retained most of the original reggae elements; it was a breakthrough pastiche devoid of any parody and played an important part in bringing the music of Bob Marley to a wider rock audience. By the mid 1970's, authentic reggae dub plates and specials were getting some exposure in the UK on John Peel's radio show, who promoted the genre for the rest of his career. Around the same time, British filmmaker Jeremy Marre documented the Jamaican music scene in Roots Rock Reggae, capturing the heyday of Roots reggae.

In the late 1970's and early 1980's, the UK punk rock scene flourished, and Jamaican Reggae music was a notable influence. The DJ Don Letts would play reggae and punk tracks at clubs such as The Roxy. Punk bands such as The Clash, The Ruts, The Members and The Slits played many reggae-influenced songs. Around the same time, reggae music took a new path in the UK; one that was created by the multiracial makeup of England's inner cities and exemplified by groups like Steel Pulse, Aswad and UB40, as well as artists such as Smiley Culture and Carroll Thompson. The Jamaican ghetto themes in the lyrics were replaced with UK inner city themes, and Jamaican patois became intermingled with Cockney slang. In South London around this time, a new sub-genre of Lovers Rock, was being created. Unlike the Jamaican music of the same name which was mainly dominated by male artists such as Gregory Isaacs, the South London genre was led by female singers like Thompson and Janet Kay. The UK Lovers Rock had a softer and more commercial sound.

Other reggae artists who enjoyed international appeal in the early 1980s include Third World, Black Uhuru and Sugar Minott. The Grammy Awards introduced the Grammy Award for Best Reggae Album category in 1985.

Drums and Other Percussion

A standard drum kit is generally used in Jamaican Reggae music, but the snare drum is often tuned very high to give it a timbales-type sound. Some reggae drummers use an additional timbale or high-tuned snare to get this sound. Cross-stick technique on the snare drum is commonly used, and tom-tom drums are often incorporated into the drumbeat itself.

Reggae drumbeats fall into three main categories: One drop, Rockers, and Steppers. With the One drop, the emphasis is entirely on the backbeat (usually on the snare, or as a rim shot combined with bass drum). Beat one is empty except for a closed high hat commonly used, which is unusual in popular music. There is some controversy about whether reggae should be counted so that this beat falls on two and four, or whether it should be counted twice as fast, so it falls on three. An example played by Barrett can be heard in the Bob Marley and the Wailers song "One Drop". Barrett often used an unusual triplet cross-rhythm on the hi-hat, which can be heard on many recordings by Bob Marley and the Wailers, such as "Running Away" on the Kaya album.

An emphasis on the backbeat is found in all reggae drumbeats, but with the Rockers beat, the emphasis is on all four beats of the bar (usually on bass drum). This beat was pioneered by Sly and Robbie, who later helped create the "Rub-a-Dub" sound that greatly influenced dancehall. Sly has stated he was influenced to create this style by listening to American drummer Earl Young as well as other disco and R&B drummers in the early to mid 1970's, as stated in the book "Wailing Blues". The prototypical example of the style is found in Sly Dunbar's drumming on "Right Time" by the Mighty Diamonds. The Rockers beat is not always straightforward, and various syncopations are often included. An example of this is the Black Uhuru song "Sponji Reggae".

In Steppers, the bass drum plays every quarter beat of the bar, giving the beat an insistent drive. An example is "Exodus" by Bob Marley and the Wailers. Another common name for the Steppers beat is the "four on the floor". Burning Spear's 1975 song "Red, Gold, and Green" (with Leroy Wallace on drums) is one of the earliest examples. The Steppers beat was adopted (at a much higher tempo) by some 2 Tone ska revival bands of the late 1970s and early 1980s.

An unusual characteristic of reggae drumming is that the drum fills often do not end with a climactic cymbal. A wide range of other percussion instrumentation are used in reggae. Bongos are often used to play free, improvised patterns, with heavy use of African-style cross-rhythms. Cowbells, claves and shakers tend to have more defined roles and a set pattern.

Jamaican Reggae Music is so versatile that is has influenced many genres of the 21st century and beyond. So there can be much more to be said about the development, movement and recognition of Reggae Music worldwide.

That being said, let me see if I can shed some light into where the music is today in the form of Jamaican Dancehall Music.