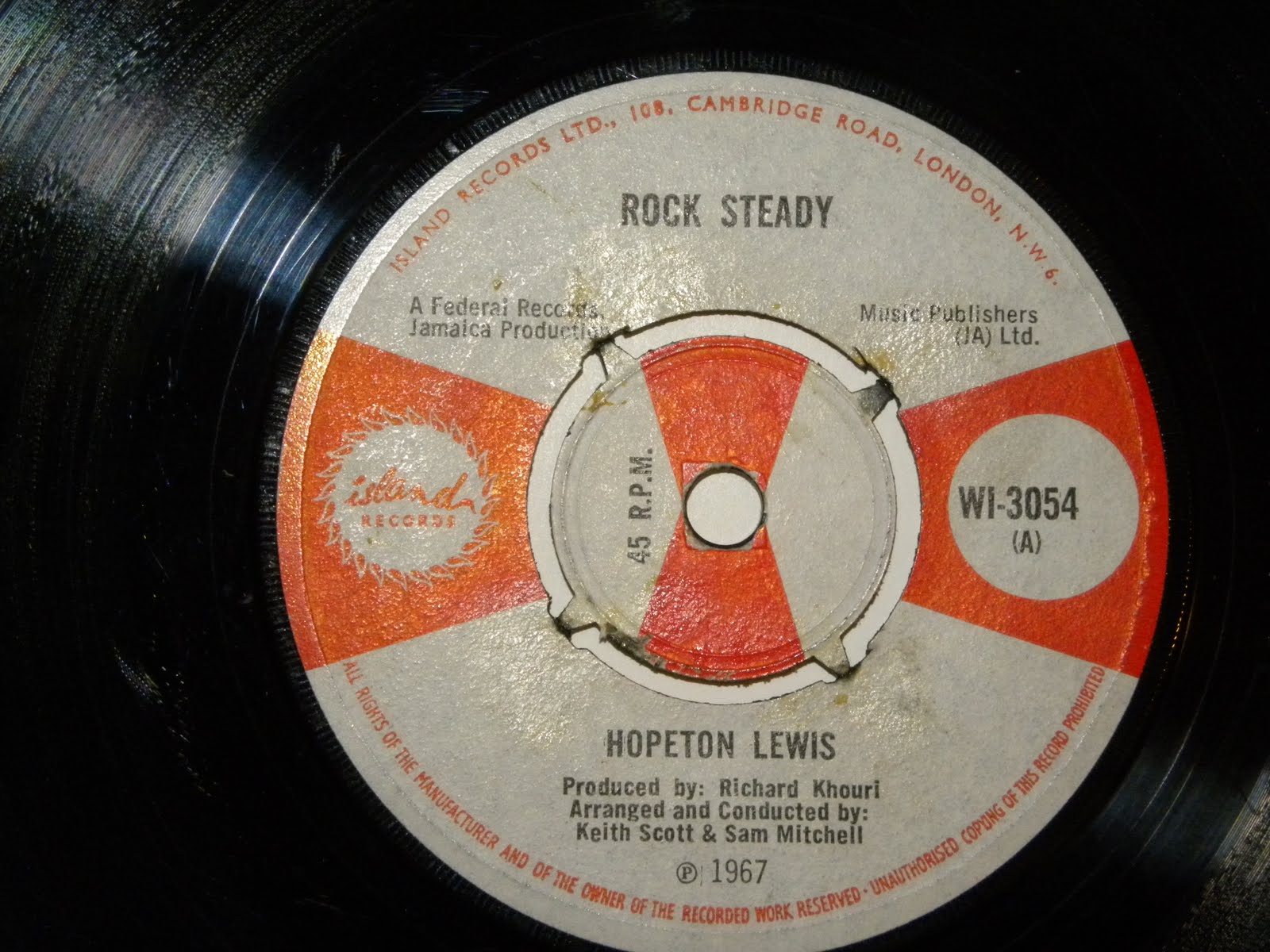 Jamaican Rocksteady Music was originated in the 1960's, more so nearer to 1966. It is a musical entity which is the successor to Ska and a precursor to Reggae. Rocksteady was performed by Jamaican vocal harmony groups such as The Gaylads, The Maytals, The Heptones and The Paragons. The term rocksteady comes from a dance style that was mentioned in the Alton Ellis song "Rock Steady". Dances performed to Rocksteady are less energetic than the earlier Ska dances. The first international Rocksteady hit was "Hold Me Tight" released in (1968) by the American soul singer Johnny Nash. This hit reached number one in Canada.

Jamaican Rocksteady music uses some of the musical elements of rhythm and blues (R&B), Jazz, Ska, African and Latin American drumming, and other genres. One of the most easily recognizable elements, as in Ska, are offbeat rhythms; staccato chords played by a guitar and piano on the offbeats of the measure. Rocksteady is loved and cherished in the Jamaican community as we as globally. It is a part of the culture as much as any other genre originated from the island of music.

That chording instruments (instruments that play chords) in ska, rocksteady, and reggae often play so infrequently in the bar and play repeated rhythmic patterns led Jamaican musicians to explore simple modal chord progressions. It could be argued that the development of modal jazz in the late 1950s and early 1960s also influenced the choice of Jamaican players to explore simpler modal chord patterns.

Rocksteady, even more so the early reggae that followed, was built around the "one drop" drum beat, characterized by a heavy accent on the second and fourth beat of every bar (or the third beat if one counts in double time), played by the bass drum and the snare together. The snare drum often plays a side stick "click" rather that of a full snare hit; an influence from Latin music. This differs markedly from the drumming styles in R&B and rock and roll, which put the bass drum on the first beat (the downbeat) and almost never on the second and fourth beats). Jamaican musicians sometimes refer to the second and fourth beats as the "afterbeat". All the Jamaican styles of kit drumming since ska have incorporated a mixture of influences, including African burru percussion, American jazz and R&B, and Latin rhythms. The slowing in perceived tempo that occurred with rocksteady opened the door for drummers to explore these influences more. With the advent of the drum machine and computer in the 1980's, Jamaican popular music i.e. "dancehall" began to draw on other rhythms such as Kumina and to a lesser extent, American hip-hop so that recent music from Jamaica bears little resemblance to the rhythms and beats of classic ska, rocksteady and reggae.

Smaller band sizes and slower tempos also led to a number of changes in the way horn parts were written and arranged. Whereas, in ska, the horn section had often spent much of the song playing the offbeats with the guitar and piano, in Jamaican rocksteady music they favored repeated rhythmic patterns or simply sitting out all together until the lead line.

Jamaican Rocksteady Music and Reggae are perhaps best thought of and notated as a half time feel, in which case one would count at twice the tempo. This would mean the guitar-piano offbeats would fall on beats 2 and 4, and the "one drop" of the snare/kick drum would fall on beat 3. This also allows transcribers to use the term "swing 8ths" to help notate hi-hat patterns, for example.

Due in part to the heavy borrowing from US soul songs, many rocksteady songs are love songs; e.g. "Sharing You" by Prince Buster, which is a cover of a Mitty Collier original, and "Queen Majesty" by The Techniques, which is a cover of "Minstrel and Queen" by The Impressions. There are rocksteady songs about religion and the Rastafari movement, though not to the same extent as in reggae.

At the time of rocksteady’s debut, lower-class Jamaicans were struggling to prevail over the shortage of food, shelter and employment. This suffering set the stage for the emergence of a rebellious subculture known as rude boys. Some rocksteady lyrics either celebrated or criticized the violent lifestyle of the rude boys, and spoke out against political injustice.

The rude boy phenomenon had existed in the ska period, but was expressed more obviously during the rocksteady era in songs such as "Rude Boy Gone A Jail" by The Clarendonians; "No Good Rudie" by Justin Hinds & the Dominoes; "Don't Be A Rude Boy" by The Rulers, and many others. Crying was a theme in some rocksteady songs, such as Alton and the Flames' "Cry Tough", which urged Jamaicans in the ghettos to stay tough through the hard times. 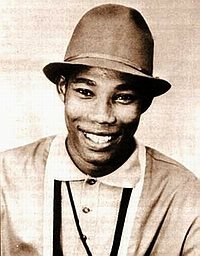 As a popular musical style, rocksteady was short-lived; its heyday only lasted about two years, from 1966 until spring 1968. Around this time, young people from the Jamaican countryside were flooding into the urban ghettos of Kingston in neighborhoods such as Riverton City, Greenwich Town and Trench Town. Though much of the country was optimistic in the immediate post-independence climate, these poverty-stricken youths did not share this sentiment. Many of them became delinquents who exuded a certain coolness and style. These unruly youths became known as rude boys.

Alton Ellis is sometimes said to be the father of rocksteady for his hit "Girl I've Got a Date", but other candidates for the first rocksteady single include "Take It Easy" by Hopeton Lewis, "Tougher Than Tough" by Derrick Morgan and "Hold Them" by Roy Shirley. In a Jamaican radio interview, pianist Gladstone Anderson said that guitarist and bandleader Lynn Taitt was the man who slowed down the ska beat in 1964 during a "Take It Easy" recording session. Taitt backed this up in a 2002 interview, stating "I told 'Gladdy to slow the tempo and that's how Take It Easy and rocksteady came about. Rocksteady is really slow ska." The record producer, Duke Reid, released Alton Ellis' "Girl I've Got a Date" on his Treasure Isle label, as well as recordings by The Techniques, The Silvertones, The Jamaicans and The Paragons. Reid's work with these groups helped establish the vocal sound of rocksteady. Notable solo artists include Delroy Wilson, Ken Boothe and Phyllis Dillon (known as the "Queen of Rocksteady"). Other musicians who were crucial in creating rocksteady included keyboard player Jackie Mittoo, drummer Winston Grennan, bassist Jackie Jackson and saxophonist Tommy McCook.

Despite its short lifespan, rocksteady's influence is great. Many reggae artists began in rocksteady and/or ska - most commonly reggae singers grew out of rocksteady groups e.g.: Junior Byles came from 'The Versatiles', John Holt was in 'The Paragons', both Pat Kelly and Slim Smith sang with 'The Techniques' (it's Pat Kelly singing lead on 'You Don't Care') and Ronnie Davis was in 'The Tennors' while Winston Jarrett was in 'The Righteous Flames'. 'The Wailing Wailers' were similarly a vocal harmony trio (modeled on 'The Impressions') who came from ska, through rocksteady (though Bob Marley was working in a car assembly plant in America for most of 1967 - which explains why there are few Wailers' rocksteady songs) and became a reggae band with just the one main vocalist. The short-lived nature of Jamaican rocksteady music, its lauded sound and the somewhat haphazard nature of the Jamaican music industry make original recordings increasingly harder to find than those from the ska and reggae eras.

Derrick Harriott patriotically noted, "Ask any Jamaican musician and they'll tell you the rocksteady days were the best days of Jamaican music". 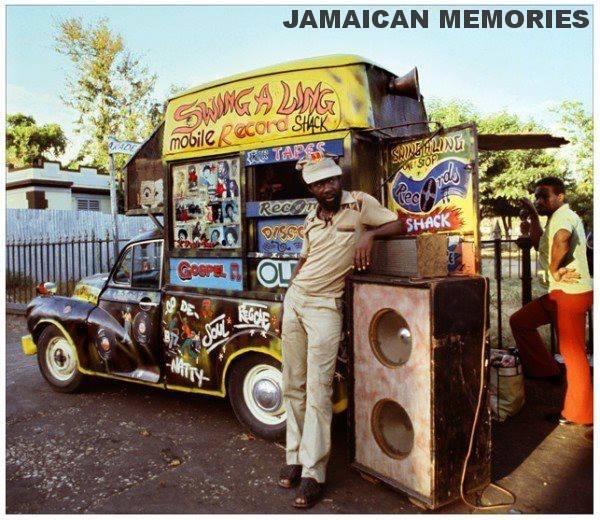 Several factors contributed to the evolution of rocksteady into reggae in the late 1960's. The emigration to Canada of key musical arrangers Jackie Mittoo and Lynn Taitt, and the upgrading of Jamaican studio technology, had a marked effect on the sound and style of the recordings. Bass patterns became more complex and increasingly dominated the arrangements, and the piano gave way to the electric organ. Other developments included horns fading farther into the background; the introduction of a scratchier, more percussive rhythm guitar; the addition of African-style hand drumming, and a more precise, intricate and aggressive drumming style. The use of a vocal-free or lead instrument-free dub or B-side "version" became popular in Jamaica, most notably U-Roy deejaying over Treasure Isle rhythms (made by King Tubby).

By the late 1960's, the Rastafari movement became more popular in Jamaica and Jamaican rocksteady music became less popular. Many reggae songs became focused less on romance and more on black consciousness, politics and protest. The release of the film "The Harder They Come" and the rise of Jamaican superstar Bob Marley brought reggae to an international level that rocksteady never reached. Although rocksteady was a short-lived phase of Jamaican popular music, it was hugely influential on reggae, dub and dancehall. Many bass lines originally created for rocksteady songs continue to be used in contemporary Jamaican music, such as the rhythm from "Never Let Go" by Slim Smith (sometimes known as the answer rhythm) and the Hi-Fashion rhythm from "Bobby Bobylon" by Freddie McGregor.

So now that we have discussed the short-lived Jamaican Rocksteady music, let us now move forward to the ever so international genre of REGGAE...