Marcus Mosiah Garvey was named Jamaica's first National Hero. He was born at 32 Market Street, St. Ann's Bay on August 17, 1887. He is the son of Marcus Garvey Sr., a mason, and Sarah Jane Richards a domestic worker and farmer.

In 1901 when Garvey was about 14, he migrated to Kingston where he worked as a printer and later published a small paper called "The Watchman" in 1909, which only lasted three issues.

In 1907 he was elected Vice President of the Kingston Union. However he was fired in 1908 for participating in a strike by printers.During his career Garvey traveled extensively throughout many countries, observing the poor working and living conditions of black people.

Between 1910 and 1912, Garvey lived and worked in the Central American countries of Costa Rica and Panama. There he wore the hats of time-keeper on a banana plantation, editor for a daily newspaper, ‘La Nacionale,’ and editor for a tri-weekly newspaper, before returning to Jamaica in 1912.

Between 1912 and 1914 Garvey lived in London, England where he attended Birkbeck College and worked for the African Times and Orient Review.

On July 15, 1914 Garvey returns to Jamaica. In this same year he started the Universal Negro Improvement Association (UNIA), in Jamaica. The UNIA, which grew into an international organisation, encouraged self-government for black people worldwide; self-help economic projects and protest against racial discrimination. He was the organisation’s first President General.

On May 9, 1916, Marcus Mosiah Garvey went to the USA where he held his first public lecture in New York City at St. Mark’s Church in-the-Bowery, and preached his doctrine of freedom to the oppressed blacks through a 38-State speaking tour around the country. 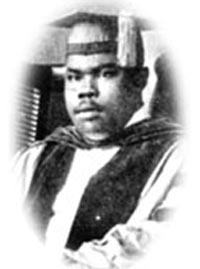 In May 1917, Garvey and thirteen others formed the first UNIA division outside Jamaica and began advancing ideas to promote social, political, and economic freedom for Blacks.

By June 1919 the membership of the UNIA had grown to over three million. On October 14 of that same year, Marcus Garvey survives an assassination attempt. That same month, the International Convention of the UNIA was held.

With delegates from all over the world in attendance, over 25,000 people filled Madison Square Gardens on August 1 to hear Garvey speak.

On June 27, 1919, the Black Star Line of Delaware was incorporated by the members of the UNIA with Garvey as President. By September, it obtained its first ship. Much fanfare surrounded the inspection of the S.S. Yarmouth and its rechristening as the S.S. Frederick Douglass, on September 14, 1919. Such a rapid accomplishment garnered attention from many.

Convinced that Blacks should have a permanent homeland in Africa, Garvey sought to develop Liberia. The Liberia programme, launched in 1920, was intended to build colleges, universities, industrial plants, and railroads, as part of an industrial base from which to operate. The Liberia Project was abandoned in the mid-1920s after much opposition from European powers with interests in Liberia.

On June 23, 1923, Marcus Mosiah Garvey is sentenced to five years in prison, in what his supporters describe as a miscarriage of justice. He initially spent three months in the Tombs Jail awaiting approval of bail. While on bail, he continued to maintain his innocence, travel, speak and organize the UNIA.

After numerous attempts at appeal were unsuccessful, he was taken into custody and began serving his sentence at the Atlanta Federal Penitentiary on February 8, 1925.

Garvey's sentence was eventually commuted by President Calvin Coolidge. Upon his release in November 1927, Marcus Garvey was deported via New Orleans to Jamaica, where a large crowd met him at Orrett's Wharf in Kingston. A huge procession and band converged on UNIA headquarters.

Back in Jamaica in 1927, he continued his political activity. In 1928, Garvey traveled to Geneva to present the Petition of the Negro Race, which outlined the worldwide abuse of Africans, to the League of Nations.

In September 1929, Marcus Mosiah Garvey founded the People’s Political Party (PPP), Jamaica's first modern political party, which focused on workers’ rights, education and aid to the poor.He was unsuccessful in national elections but won a seat as Councillor for the Allman Town Division of the Kingston and St. Andrew Corporation (KSAC). He lost his seat, however, because of having to serve a prison sentence for contempt of court, but in 1930, he was re-elected, unopposed, along with two other PPP candidates.

But the world of the 1930s was not ready for Garvey's progressive ideas. He left Jamaica again, this time for England.

On June 10, 1940, Marcus Mosiah Garvey died after two strokes, putatively after reading a mistaken, and negative, obituary of himself in the Chicago Defender. Because of travel conditions during World War II, he was interred at Kensal Green Cemetery in London.

In 1964, his remains were exhumed and taken to Jamaica. On November 15, 1964, the Government of Jamaica, having proclaimed him Jamaica's first National Hero, ceremoniously re-interred him at a shrine in National Heroes Park. This is where he was given Jamaica's highest honor - The Order of National Hero.

So today we refer to him as the Right Excellent Marcus Mosiah Garvey.

Garvey's legacy can be summed up in the philosophy he taught - race pride, the need for African unity; self-reliance; the need for black people to be organized and for rulers to govern on behalf of the working classes.

Mention the name Marcus Mosiah Garvey to any Jamaican, black person or world citizen for that matter and the responses most likely to be heard are visionary, Jamaica’s first National Hero, ahead of his time, self belief, positive self esteem and self-image, liberation, racial equality and the development of Africa.

The recipient of numerous honours and memorials, which highlight the importance of his contribution and legacy, Marcus Garvey devoted his life to the liberation and holistic development of black peoples across the world and the advancement of Africa.

In spite of the fact that honours and tributes are the accoutrements of a prominent historical figure/achiever, a list of achievements and commendations cannot do justice to Marcus Garvey as a person; it serves only to highlight his value to world history, but neglects to sum up the essence of a man, whose teachings and philosophy have transcended time and space and is as relevant today, as a century ago.

Marcus Mosiah Garvey's memory has been kept alive. Schools, colleges, highways, and buildings in Africa, Europe, the Caribbean, and the United States, have been named in his honor. The UNIA's red, black and green flag has been adopted as the Black Liberation Flag. Since 1980, Garvey's bust has been housed in the Organisation of American States’ Hall of Heroes in Washington, D.C.

Malcolm X’s parents, Earl and Louise Little, met at a UNIA convention in Montreal, Canada. Earl was the president of the UNIA division in Omaha, Nebraska and sold the Negro World newspaper, while Louise was a contributor to the Negro World.

During a trip to Jamaica, Martin Luther King and his wife Coretta Scott King, visited the shrine of Marcus Garvey on June 20, 1965 and laid a wreath. In a speech, he told the audience that Garvey "was the first man of color to lead and develop a mass movement. He was the first man on a mass scale and level to give millions of Negroes a sense of dignity and destiny. And make the Negro feel he was somebody."

Over seven decades since his passing, Marcus Mosiah Garvey, continues to be an inspiration to many.  His emphasis on education, positive self esteem, self reliance and an awareness and appreciation of our African history, resonates with the youth of today. He is celebrated and remembered as the Jamaican that built the largest Black organisation ever, 1056 UNIA divisions, in over 40 countries all across the world.

Sources: Excerpts were taken from wikipedia