Hugh Shearer was Jamaica's third Prime Minister. He was born on May 18, 1923 to parents James Shearer and Esther Lindo. His complete name was Hugh Lawson Shearer. His father was a World War One ex-serviceman and his mother was a dressmaker.

He grew up in the little village of Martha Brae, which is just outside of Falmouth, Trelawny.

He was a student at the Falmouth Primary School where he excelled and was awarded the parish scholarship to attend St. Simon's College. St. Simon's was a privately owned high school in Kingston. He graduated from St. Simon's in 1940.

Mr. Shearer entered the workforce in a time when there was intense political and labour turmoil in Jamaica. This was mostly during the period from 1938 to 1944 where Sir Alexander Bustamante and Norman Manley were both engaged in the struggle to reshape and redefine the Jamaican society.

Mr. Bustamante was the undisputed head of the labour movement and founder of the Bustamante Industrial Trade Union (BITU); and Norman Manley was the head of the first organized political party known as the People's National Party (PNP).

Hugh Shearer was always interested in journalism so he was taken on as a trainee journalist on the weekly publication called the "Jamaica Worker". This was the newspaper of the BITU.He was asked to understudy the then editor, Mr. Lynden G. Newland. After Mr. Newland moved up the ranks to becoming the General Secretary of the Union, Hugh continued working on the paper until her eventually became its editor. 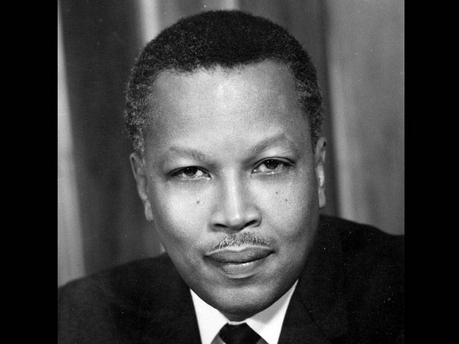 Mr. shearer felt his efforts were not enough being only the editor of the paper so he began to serve his apprenticeship as a trade unionist while he was STILL the editor of the paper. He took part in union organization and negotiations with employees in some of the most important labour disputes. He was with Bustamante and other union officers at the time.

Hugh Shearer got his first taste of party politics during the 1944 elections when he campaigned for the Western Kingston constituency. This was the constituency that was held by Bustamante where he was known as the "Chief". The Jamaica Labour Party (JLP) won the election and Mr. Shearer continued his work in the BITU.

He was determined to continue his union work and because of his enthusiasm and efforts he was appointed Assistant General Secretary of the Union in 1947. In that same year he contested and won the Central St. Andrew seat on the Kingston and St. Andrew Corporation Council.

Just a year after, in 1948, Hugh attended a Colonial Development and Welfare Trade Union Scholarship course in Barbados.

He tried again in the 1949 election to contest the seat for the Western Kingston Division and was defeated by Ken Hill of the PNP.

He sat next to Bustamante in all important negotiations regarding Trade Union work and in 1953 he was appointed Island Supervisor of the BITU.

He was elected to a seat in the House of Representatives in 1955 where he sat on the Opposition benches until the 1959 elections where he lost his seat.

A few more years passed and he was elected Vice-President of the BITU in 1960. He was second only to Sir Bustamante who was President General.

The Road To Becoming Prime Minister

Mr. Hugh Shearer was appointed to the Legislative Council after the JLP won the succeeding general elections that was as a result of the 1961 referendum campaign. When the Council was replaced by the Senate, Hugh was made Leader of Government Business and also a Minister without Portfolio. He was also appointed Deputy Chief of Mission for Jamaica at the United Nations General Assembly and figured in many crucial international issues.

In the year 1963, he presented a proposal to the United Nations, which was accepted, to have the year 1968 be declared "Human Rights Year."

The 1967 elections saw Mr. Shearer being successful in winning the Clarendon seat which was formerly held by Mr. Bustamante before his retirement from active politics.

When the new Government was formed, Hugh was appointed Minister of External Affairs on February 1967.

That same year of 1967 was the year of fate for Hugh Shearer. He was chosen to be the next Prime Minister of Jamaica after Sir Donald Sangster died. Shearer was sworn in on April 11, 1967.

Two short years after that (1969), Hugh Shearer was appointed by Her Majesty Queen Elizabeth II as a Member of the Privy Council of England.

Work and Accomplishments as Prime Minister

During the time that he was Prime Minister, Jamaica attained its highest ever Gross Domestic Product (GDP) per capita based on rapid growth in agriculture, mining and tourism. This amounted at the time to US$2,300.

He was also the main instigator in starting a system of highways. The first one was the Kingston to Spanish Town Highway. He also had laid the plans for other by-pass routes, which would remove bottlenecks in all major towns.

His Dedication to Trade Unionism

After being successful in the 1972 elections where he retained his parliamentary seat, Hugh Shearer was Leader of Opposition until he decided to devote his energies full time to the Trade Union Movement in 1974. 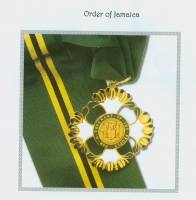 Three years after settling in the Union he became President of the BITU in 1977 and under his leadership he built the BITU into the largest in the English-speaking Caribbean.

Yet another general election was called on November 9, 1980 and following the victory of the JLP, Mr. Shearer was appointed Deputy Prime Minister and Minister of Foreign Affairs. He held this position until 1989 when the PNP won that election.

He worked in his Southern Clarendon constituency until he eventually lost his seat in the 1993 general elections. This was when he retired from the active public life. 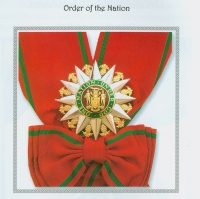 Hugh Shearer was also awarded the Doctor of Laws, honoris causa, by Howard University in 1968 and the University of the West Indies (UWI) in 1994.

On October 21, 2002 he was conferred with the Order of the Nation as another Jamaica National Award. He would now be referred to as:

The Most Honourable Hugh Lawson Shearer, ON, OJ.