Sir Alexander Bustamante was born on February 24, 1884 in a little district known as Blenheim, Hanover, Jamaica. His father was an Irish planter named Robert Constantine Clarke, and his mother was a Jamaican of mixed blood named Mary Clarke nee Wilson.

He was named William Alexander Clarke, but was later to change his name by deed poll.

Bustamante was the second of five children of the Clarke family. He had three sisters, Louise, Iris and Maud, and a younger brother, Herbert. He also had two elder sisters, Ida and Daisy Clarke, by a previous marriage of his father.

Bustamante's education started and stopped formally at elementary school at Cacoon and Dalmalley. He also did private studies (home schooling). In 1904 he was employed as a Store Clerk for C. E. Johnson & Company on the north coast. Shortly after this he became a junior overseer at Belmont.

Sir Alexander Bustamante shares with his cousin, Norman Washington Manley, the honour of being one of the two ‘Founding Fathers’ of Jamaica’s Independence, which was attained peacefully on August 6, 1962. 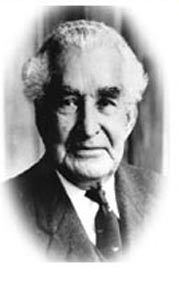 He was physically impressive, standing at approximately 6’5’ with gangling gait. A strong, wiry body and shock of grey hair made him a sort of living legend to the masses whose cause he championed against the colonial powers.

Bustamante was known for his terse and telling phrases that cut to the quick of things, and for remarkable stamina that made him work tirelessly all over the island. His works though were particularly at the waterfront and at the sugar estates, where there were great concentrations of people. He tended to have a dictatorial style, marked nevertheless with sparkling magnanimity.

1935 - "Be not afraid, do your duty towards your countryman, towards

humanity. They will thank you at least in silence, and at the right time when

the good Lord sees fit, he will bless you, even though you might not be aware

1938 - "Without discipline, we cannot succeed; and with disorder we will

represent the lower and middle class people in Jamaica. They have confidence

1938 - [referencing two persons who were advocating his arrest] ".. they, not

I, should be very careful, I am above them, for while they want to live

forever, I am prepared to die today."

longer are the workers afraid of bayonets. They are prepared to fight for

which will last and of which we and the generations to follow may be proud."

1962 - "So many of us forget that great asset which is known as humility."

He was the pioneer, the founder of The Bustamante Industrial Trade Union in 1938. He was also the founder of the popularly known "shower party" - The Jamaica Labour Party in 1943.

His work experience includes, but is not limited to:

He got married to Gladys Longbridge, who was his secretary for years, on September 7, 1962. This was just about a month AFTER Jamaica gained Independence and he became the FIRST Prime Minister of the island. They had no children together. His fulfilling life came to an end on August 6, 1977 at the age of 93.

The Life of Sir Alexander Bustamante

When news reached Kingston of the historic fatal clash between workers and armed police at Frome on May 2, 1938, William Alexander Bustamante closed his money-lending business for the day and went by car to Frome with his secretary, Miss Gladys Longbridge.

Bustamante felt destiny tugging at his sleeve. He was ready to go where it led him. The tall (6ft. 5 ins.), handsome, physically strong, truculent, courageous, self-confident and stylish Bustamante had seen life in many lands and had returned home four years earlier, at the age of 50, to settle.

During the four years from 1934 to 1938, he had impressed his name on the society by a series of letters to the editor of the Gleaner and occasionally to British newspapers, almost always calling attention to the social and economic problems of the poor and underprivileged in Jamaica.

Between 1935 and 1936 he had conducted an "anti-water-meter protest". In January 1937 he had intervened in a strike at Serge Island Estate, offering his services as a mediator. Later that year he had become Treasurer of the Jamaica Workers' and Tradesmen's Union, founded in 1936 by A. G. S. Coombs.

Bustamante and Coombs had travelled around the country promoting their union and giving hope to struggling workers. By early 1938 our hero was sharing platforms in Kingston with St. William Grant, whose para-military uniform signified an earlier association with another hero, Marcus Mosiah Garvey.

The workers needed a leader and he was ready to lead.

Blessed with natural intelligence and wit, he had gained much wisdom over the years, particularly from his wide travels.

Most important, he was a born gladiator, a factor that not only suited his role as champion of the working classes but also led him to his political career and largely determined the course of that career.

Accounts of Bustamante's early life are many and varied but a number of facts are clearly established. 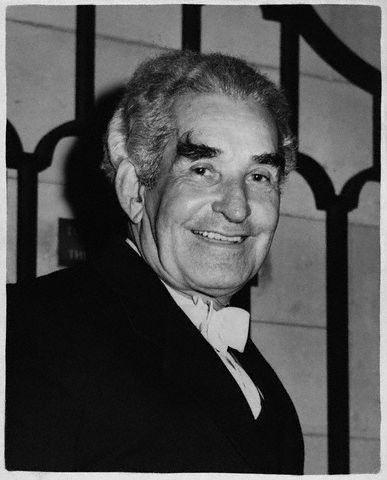 In April 1938, when attacked by the Jamaica Standard newspaper, Sir Alexander Bustamante told a crowd of 2,000 at North Parade: "I want the Standard to know that I represent the lower and middle class people in Jamaica. They have confidence in me".

Bustamante claimed that Britain, "the mother country", was not aware of the state of affairs in Jamaica, because she was badly informed or misinformed by Governor Denham. The labour leader denounced Denham at a meeting of 7,000 at the Parade on May 4.

Sir Alexander Bustamante addressed a huge meeting at the corner of Duke and Harbour Streets. He said that what was taking place in Jamaica was “a mental revolution”. He and St. William Grant spoke at a number of rallies on that day.

At one of them, when the security forces threatened to open fire on the crowd, Bustamante unbuttoned his shirt, thrust forward and invited the soldiers to leave the people alone and shoot him.

Later in the day, at another rally, he and St. William Grant were arrested and charged with sedition. No bail was allowed. On May 27, Norman Manley went to the waterfront to find out a first hand what the workers wanted so that he could take up representations on their behalf.

The workers answered; “We want Bustamante”. They would not return to work before his release, regardless of what other terms were offered. Manley joined that team of lawyers advocating the release of Bustamante and Grant, and on May 28 they were freed on bail. Later the charges were dropped.

In 1955, the Queen conferred on Sir Alexander Bustamante the title Knight Bachelor.

In a general election on April 10, 1962, the JLP was returned to power with 26 of 45 seats in the House. Bustamante was appointed Premier.

When Jamaica became independent on August 6, 1962, he was named the new nation's first Prime Minister. One month later, he married his private secretary, Miss Gladys Longbridge, on the day of his departure for his first Commonwealth Prime Ministers' Conference.

After that time he was appointed a National Hero, the only living one, and he received visitors at the former Prime Minister's residence, Jamaica House, at his Tucker Avenue residence, in Kingston, and at his mountain cottage in Irish Town.

"Busta" or "The Chief", as he was affectionately called, received numerous honours from many countries.

A life-sized statue of him stands at South Parade, the scene of real-life dramas he dominated, his portrait appears on the Jamaican one-dollar bill, his birthplace is a national shrine, and even a "sweet" bears his name.

In addition, Newport West,. East and adjoining port areas were renamed Bustamante Port in keeping with the National Hero's long association with the labour movement. The Children's Hospital which Sir Alexander had converted from an old army hospital was named the Bustamante Hospital for Children.

The man who, at 54 years old in 1938, said that he was then prepared to die, battled on for nearly forty more years.

Finally, at the grand old age of 93, he lost that fight; and showing the precision of timing that was a feature of his life, he crossed the threshold on August 6, 1977 - fifteen years exactly after Jamaica's attainment of independence and his appointment as our first Prime Minister.

For more info on the life of the great Sir Alexander Bustamante, go to http://www.alexanderbustamante.com.

The Order Of National Hero